Squishy Robotics COO Deniz Dogruer recalls that it was a matchmaker of sorts that first brought Squishy Robotics and Blueforce Development Corporation together. “We were at Operation Convergent Response 2018 when an intermediary came along,” Dogruer said. “A Liaison Officer at Army Research Laboratory brought the Blueforce and Squishy Robotics teams together and basically said that he wanted the sensor data coming off our robots to be displayed on the Blueforce user interface (UI).”

Blueforce Founder and CEO Michael Helfrich views the capabilities of the Squishy Robotics Stationary and Mobile Robots as “game changers for emergency management, HazMat response, and a whole host of other use cases for Public Safety operations.”

“Blueforce is known for its commercial, off-the-shelf (COTS) data fusion software and AI platform and is one of the leaders in edge-based processing,” Dogruer said. Explaining that edge computing can reduce latency and improve Internet of Things (IoT) performance in rugged and remote environments—settings where Blueforce and Squishy Robotics customers often must operate—both companies are interested in improving communication interfaces and expanding communications modalities.

“There is work to do to standardize and develop interoperable data interfaces that will strengthen and speed up the delivery and exchange of critical data from and between a wide variety of mobile, wearable, and command center equipment,” Helfrich stated. “Both companies will be focusing our ongoing integration work on low-power consumption communication interfaces, such as LoRA, and the protocols that enable smart IoT networks and services.”

In looking back on the past two-plus years of partnering with Blueforce, Dogruer thinks that Liaison Officer saw not just the synergistic possibilities, but also recognized the two companies’ congruity. “Our association with Blueforce is effective because each company brings its technological strengths, cohesion, and mutual respect to the collaboration.” She predicts that “the synergistic opportunities have only just begun.” 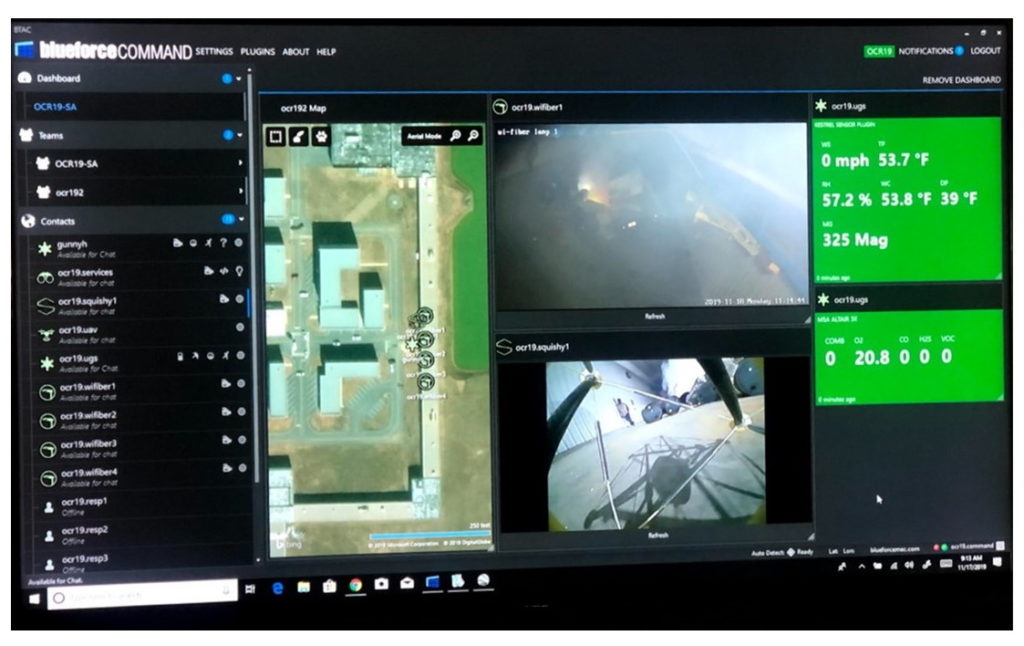 A screenshot showing how the BlueforceCOMMAND system incorporates Squishy Robotics data and camera visuals from a deployed sensor robot.